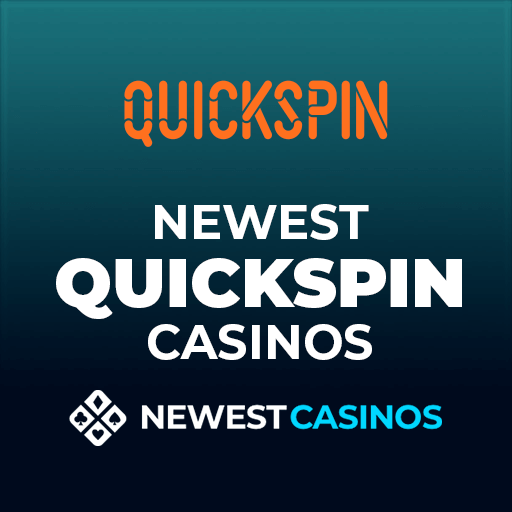 Quickspin is one of the newest iGaming developers and therefore one of the most innovative studios to date.

The company goes back to 2012 when it set up shop in Sweden, a country with a remarkable pedigree in creating some of the finest iGaming solutions. The company was established by Daniel Lindberg, who previously worked as Director of Sales at Net Entertainment.

Today, the company covers an extensive selection of casinos, including 888casino, Unibet, Mr Green, and Unibet to name just a few, delivering quality HTML5 products. The company hires over 100 people based in 29 countries and hosts three offices in Stockholm, Malta and Kiev.

Over the years, Quickspin has attracted more talent from established gaming giants to consolidate its own track record of excellence and create memorable gaming opportunities that stick with the player.

Quickspin is not just any company – it’s one of the world’s leading developers when it comes to casino spins. The company holds licenses from the Alderney Gambling Control Commission and the UK Gambling Commission, two important milestones for the company, as it allows it to operate into multiple jurisdiction and offer domestic and remote gaming solutions.

Furthermore, Quickspin is the recipient of several distinctions including the 2013 EGR B2B Awards and Game of the Year Award for its Big Bad Wolf slot game, which remains one of the most played titles to 2020.

The company was awarded with distinctions for Mobile Gaming Software and Social Gaming Supplier in 2014, marking its commitment to a versatile overall experience.

Forget about flash, because Quickspin is a fully mobile friendly casino that has developed 62 slots available on its platform as of April 2020. The company plans to release 12 new games in 2020 alone and as to its mobile compatibility, 57 games have been fully adapted for any type of portable device, from Android smartphones to Blackberry, to iPhone and iPad.

The company’s release includes artistically rich games such as Panther’s Reign and Wild Cauldron. One of the latest additions sends the player back to Roman times in Nero’s Fortune, where the payout can easily offer a massive 8,575x your original bet size.

Yet, this is not nearly all you can expect from the portfolio. There is the aptly named Polar Paws Christmas slot and Wild Tome of the Woods. In Sticky Bandits Wild return, you can explore the sticky wild feature and notch up a 500x multiplier, and more epic gaming fun awaits in Hall of the Mountain King.

All of these games come with great visuals, owing to the fact they have been mostly released after 2012, giving the studio enough time to find its bearings and catch up to iGaming trends in the development of games.

Quickspin is developing products at a new pace, with production likely to scale up further in future. Looking at the available games, Quickspin clearly bets on the quality of the product and the fact it already works with some of the most famous casino operators boosts the brand’s overall footprint.