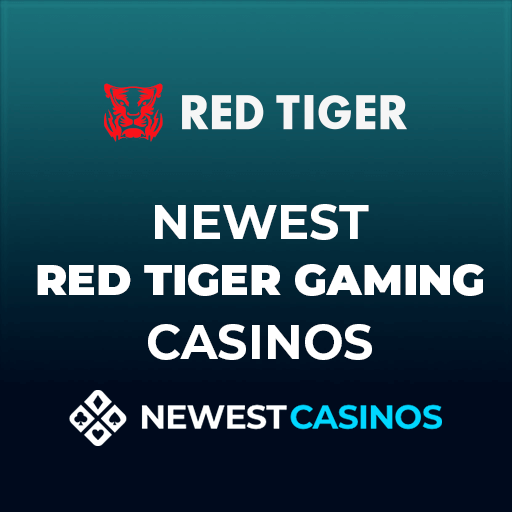 Red Tiger Gaming is an iGaming studio that officially set up shop in 2014, focusing on games in Europe and Asia.

However, under the recent NetEnt acquisition, the provider has obtained a much more significant foothold, allowing it to compete with bigger brands on a larger, more global scale.

The company holds four distinct gaming licenses, from the Gambling Commission, MGA, Alderney, and HM Government of Gibraltar, allowing it to operate in the majority of gaming markets in Europe as well as any NetEnt recognized market.

Since 2017, the company has won a bevy of awards with over 10 distinctions in the past three years going to the studio and cementing its status as a reliable and trusted authority in iGaming.

Red Tiger Gaming has achieved a lot as an independent brand, set up back in 2014 and delivering some of the most memorable games.

Through 2018, the company was going solo, but then it started to negotiate with NetEnt, a Swedish developer with an established reputation for delivering outstanding gaming product.

In 2019, NetEnt announced that has acquired Red Tiger Gaming Limited, the legal name of Red Tiger at the time, recognizing the potential of the company and offering it a platform to debut its fast-growing portfolio of games.

Even prior to the acquisition, the company has won several awards. In 2017, Red Tiger was awarded for Innovation in Slots Provision. Then, in 2018, the company was distinguished for Rocket Men as the best new slot of the year.

A year after that in 2019, there were multiple opportunities for the company to shine, winning the GA Awards for iGaming Software Supplier in February as well as GIA Casino Supplier of the Year.

During the EGR B2B Awards in 2019, Red Tiger also added Innovation in Mobile and Casino Supplier of the Year, with another one for Mobile Gaming Software Supplier. Most recently, in 2020, the company win Casino Product owing to the Daily Drop Jackpots Network.

Even though Red Tiger’s games are generally listed under NetEnt’s own brand, you can notice the distinct artistic style of games such as Atlantis, The Wild Hatter, Vault of Anubis, Eagle Riches, and many more.

Right now, Red Tiger runs a portfolio of over 125 games, the majority of which are slots such as Dragon’s Luck, Wild Fight, Golden Lotus and many others.

The company relies on unique plots and graphics to explore and deliver the best possible experience possible.

All games are mobile compatible and you can have fun on the go. The slot selection is still a little under-supplied, but this is because Red Tiger focuses exclusively on the slot experience.

You can still find a few games there, such as Deal or No Deal Blackjack, Blackjack Jack, European Roulette, and Baccarat.

Red Tiger is an established operator with a distinct name in iGaming. The NetEnt acquisition has only helped the company find its foothold and double up its efforts in pushing quality content. With NetEnt’s distribution network, Red Tiger’s offer is becoming popular in previously untapped into markets.